©2021 Shefa Analytics | Template by Bootstrapious.com & ported to Hugo by Kishan B

How wrong were polls in the 2020 US Presidential Election? A lot it seems.

I initially plotted polling error nine days after the 2020 presidential election in the US, when the results were not final yet. Now with the certified results in, it is evident that state-level poll aggregates were systematically off by an average margin of 5.3%. 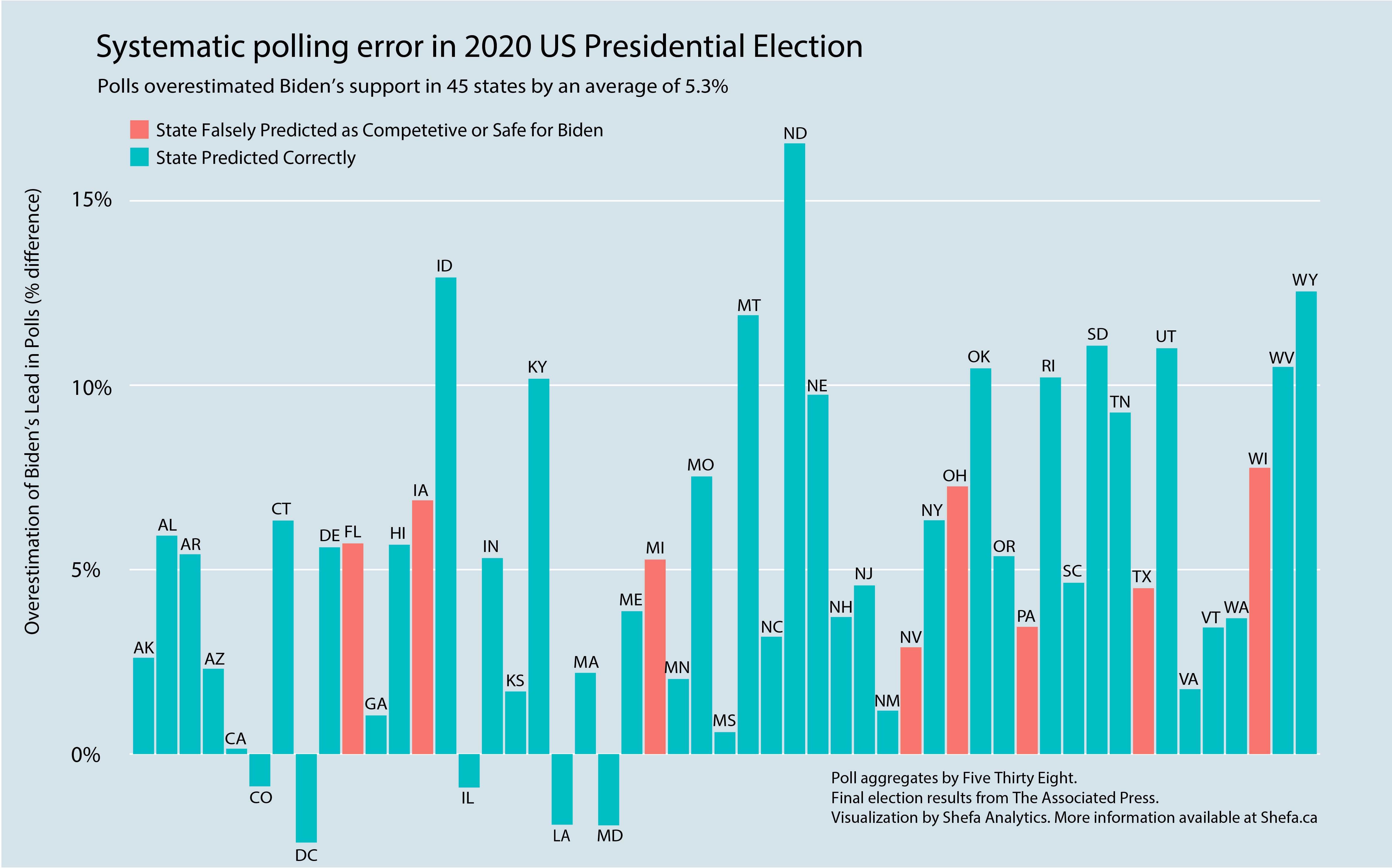 FiveThirtyEight overestimated Biden’s lead in all but 5 states, and incorrectly predicted 8 states as either up for grabs or safe for Biden. Polling error in as much as 12 states sit at more than 10%.

In his 2018 article The Polls Are All Right Nate Silver argued that the historically, US presidential election polls have been off by an average of 4.6%. But even with his data, this year’s average state-level polling error of 5.3%, is the worst since 1980.

This visualization was done using ggplot, with data from CBC News, Associated Press, and FiveThirtyEight.